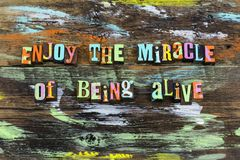 I attempted suicide for the first time at age 12. A handful of my father’s pain pills would make my pain disappear. See, I did not want to die, nor did I understand my actions could lead to death. I just wanted the pain I was feeling to go away. I wanted to not live the life I was being forced into. Years of physical abuse by my father, emotional abuse by my mother and sexual abuse by my sibling caused me to feel unworthy, unloved and never appreciated. Miracles did not exist for me before downing that potentially fatal dose of Darvocet. My miracle came when I woke up. Waking up felt like anything but a miracle. I was pissed I had to continue to endure this crude storm God put me in.

At age 16, I got into a horrendous car accident, flipping my car end over end, into a field. I do not recall much after landing, except my then boyfriend pulling me from the wreckage and us running for help. He swears he couldn’t have, as he was at the next farm house calling for help because I was stuck in the car, with my left arm pinned under the roof. I got home and my father was not happy I survived and said as much. He was more upset the car was totaled. I remember asking God that night why He continued to use me as a pawn in this chess game of life.

At age 17, my father beat me bloody over reminding him he needed to drive me to a Young Author’s Conference at a nearby school, or I needed the car so I could go. He didn’t believe that I was really going to be at this conference. He called me all kinds of horrendous names before slamming his fist into my face, repeatedly, before I somehow managed to move and his fist went into my bedroom wall. I did not understand how I managed to escape. I went to my grandparents house next door. My grandfather told me I probably deserved it. My grandmother wanted to help, but my grandfather’s words and actions felt her paralyzed with fear. So I went home. I was beat, again. This time, I called my friend Donny, who hid me until I could figure out what to do in order to be safe. I did not have a plan. I had no idea what to do or where to go. So many people turned their backs on me. This time I cursed God. WHY would you allow a child to endure such agony, and for what? No one wanted to stand up to my father, and I had no faith in the adults around me, so I chose not to go to authorities because I figured they would turn against me too. So I was forced to go home. My father’s abuse stopped after that, but my sibling would continue the sexual abuse. By the time I married for the first time, at age 20, I was a mom and one very broken human being.

My first marriage was not short of its own dysfunction, but we had three living, breathing miracles. Our miracle was we all survived one fateful date in September 2000. Up until that day, I assumed my life was destined to be that first part of the Einstein quote: as though nothing was a miracle. I was not supposed to have the three beautiful children I was blessed with. Not even then did I believe in miracles. Doctors make mistakes. I chalked it up to just that. Doctors were wrong, I was not infertile. Surviving two cancer scares, legal troubles, nasty divorce and custody case, the list goes on, I still did not see the miracles.

I started my hypnosis journey amidst all the chaos. To this day, I am unsure how I managed to work, take care my my children, go to college and attend hypnosis certification classes. Then again, maybe I do know. Yet another miracle I would not awaken to until much later. It was around this time I met my now husband, Christopher. We were not supposed to meet, but that is a story for another day. Fate aligned and we met and have been married now, very happily, since 2005. After meeting Christopher it dawned on me one day. I cannot see my miracles because I cannot see myself. I had been living life under the cloud of everyone else’s unrealistic expectations. Until I cleared that smoke away myself, I could not own the other part of that Einstein quote: EVERYTHING is a miracle! Surviving the overdose, surviving all kinds of abuse, having three beautiful babies, even marrying, surviving and divorcing my ex is some kind of miracle. Christopher is beyond miraculous. I have never known a love like this, until now. I did not think this kind of love existed. It wasn’t until I could love myself, though, that I could appreciate this love and the love of my children. We are all living miracles and everything IS a miracle, just as Einstein said.

Einstein also said, “Setting an example is not the main means of influencing others, it is the only means.”

I have not always lived the life I deserve.  I felt I was bound by others expectations and unrealistic boundaries, until I knew better.  I had to learn to love myself, in spite of everyone else. I still have downs, but I have far more ups and now understand my downs better. I found my faith again, stopped blasting God and started tuning into myself. Because of these things and the power of positivity, combined with the right tools and a safe and supportive space to grow, I now nurture myself through tough times and count every breath as a miracle.  These assets also opened me up to discover paths in life I had no idea existed. I am one powerful person! I remind myself, daily.

Some people, I’ve learned, are offended by my ‘rah-rah’ personality, now. Goes to show you, you cannot please everyone. The power of positivity is more than thinking, it is a necessary lifestyle. This lifestyle is the foundation I begin with to help build up every client.  Owning this lifestyle has helped me overcome so much. My journey, as you can see, has not been easy. I had to chose to live in order to live. I had no idea for the first half of my life that I actually had a choice! Coming to that realization and owning this lifestyle has lead me to a few fantastic opportunities, one being the owner of Haven Hypnosis & Wellness, the best jobs on the planet, next to wife, mother and Nani (grandmother). Every day. I am blessed with opportunities to help my clients discover and/or make their own paths, uncover their potential and live their lives authentically and yes, witness their own miracles.  How cool is that?

Now, it is not only an expectation that I live the life I deserve, because it is my job to walk my talk — but it is an obligation to self, to my family and to my clients, to be the best version of me I can be.  Do I have bad days?  Certainly, we all do.  I have learned it is just as important to be positive as it is to permit yourself to not be okay.  Cry.  It is your body and spirit’s way of working together to purge the negativity so you can embrace the positivity.  Allow yourself time and space to heal so you can truly appreciate being whole.  It IS the only means, to live by your own good example.  That is your legacy.  Do not take 30 years to unleash it, like I did. Live your best life now.