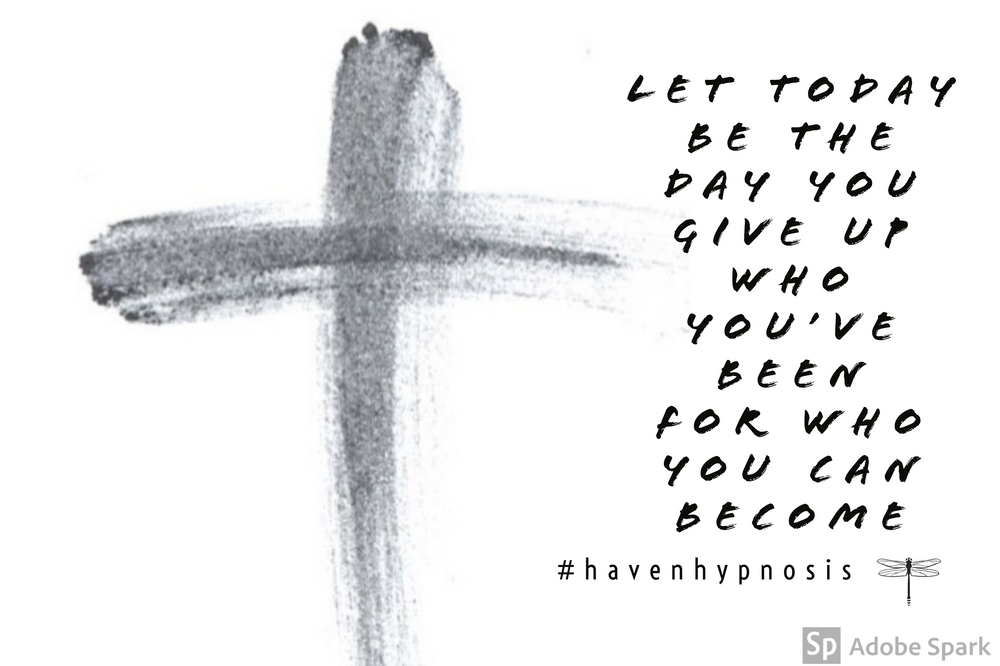 The Wednesday Word (phrase) is: Give Up
During the Lenten season, many people of the Christian faith commit to fasting for a 40 day period as a token of faith symbolizing the account of Jesus’s sacrifice into the desert. This “giving up” of certain luxuries such as TV time, particular foods or drinks and so on for the 40 days is meant to replicate the sacrifice and the chosen tool or path many Christians use during Lenten season. This post is not meant to shame or condemn anyone’s practices or religious rituals, more so a faith awareness of the self. See, I have worn many religious hats in my faith journey. I was raised in all the following churches or religions in my childhood: southern Baptist, ol’ regular Baptist, Salvation Army, Latter Day Saints, Seventh Day Adventist, Church of the Nazarene, Pentecostal, and Unitarian. Then, as an adult I was Unitarian, Catholic, Universalist and now a member of the United Church of Christ. During my thus 48 years on this planet, there is a lot I understand and a lot I do not. One thing I do not understand is Lenten season, as it is ritualized in the modern times. For example, why would I give up red wine as a symbol of sacrifice to Jesus’s sacrifice and journey, only to go right back to drinking it after 40 days? How does that honor the account? To me, it really doesn’t. It is just that, a symbol. Giving up TV for 40 days likely feels like a sacrifice and difficult for some, but does it equate anything truly meaningful? Jesus had to do without a lot on his journey. He had to rely on faith to get him through. He didn’t finish the journey and return to watching his favorite shows. He had a lot of time to think out there. When was the last time you took 40 days to reflect on how your life is this far? Or to reflect on ways you could better yourself? It is my opinion this Lenten season, my 40 days might be best used in giving up old ways of thinking and really working on believing in myself and working on the gifts God gave me to use during this lifetime. We often think we need to give up something materialistic for Lent in order for it to count or for people to hold you accountable. Heaven forbid, a co-worker see you drinking a chocolate shake and remind you there is chocolate in it and you gave up chocolate for Lent. Like a 40 day game of “A-Ha, I Caught You Sinning…” How about, instead, give up something no one can see, but tangible in the mindful/awareness sense? If that same co-worker heard the words you say to yourself in condemnation, would they intervene? Would you? How about giving up calling yourself stupid, ugly, fat, loser, etc.– and keeping with it long after the 40 days passes? I believe it IS what Jesus would do, versus give up red wine, chocolate or TV. What will you give up this Lenten season? Whether you practice within a religion or not, we can all benefit from being better to ourselves. Let today be the day you give up who you’ve been for who you can become. Blessed Lenten season and blessed life.