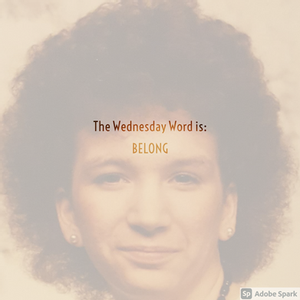 “She’s a loser and trash because she lived in a rundown house on the wrong side of the road…” – but I played with them anyway.

They said, “She’ll never move off that road…” – but I traveled far.

They said, “You will always be a statistic because you came from uneducated people.” – but I studied anyway.

They said, “She’s kinda weird and quiet, but seems like a good kid.” – but I harnessed my creativity, and focus, and used it to write, and paint, and help people.

They said, “She is a fool!” – but I chased my crazy dreams, regardless.

They said, “She is crazy, you know…” – and she proved them right.

They said, “You are academically rusty and at age 35 and would will likely never graduate college now.” – but I persevered and graduated with a 3.0 and received my BLS at age 40.

They said, “You’re not likely succeed…” – but I continued to learn what I didn’t know, continued to grow, and defined my own success.

I have wanted to give up on myself so many times. I have overlooked success and believed I was never going to amount to anything. Then, one day, I changed the narrative.

That narrative did not come easily or without wallowing. From the earliest memories I can recall longing to be accepted. I never felt like I mattered or was wanted or appreciated or cared for. I started caring for myself more than others seemed to care about me, and it helped, for a while. Yet loneliness and rejection lay upon me like a heavy, wet blanket. Something was missing, besides self-esteem. A sense of family, community, companionship.

As a kid, I would wander and explore, to escape what was happening at home. Gary and Jane Bushers became my surrogate parents when I was about five years old. I adopted them. They didn’t know that, then. I would hang out at their house until I was forced to go home. Over the years I lingered longer, eventually wearing them down. I stayed at their house in high school probably more than my own. Their kids, my friends, became my brother and sisters, and are, to this day. I appreciate that love more than they may ever know. Gary and Jane gave me guidance, love, compassion and care. I needed it. I longed for it. And, to this day, love them immensely for it. It’s that love I cling to on days like today when I do not feel I matter much.

I just wanted to belong.