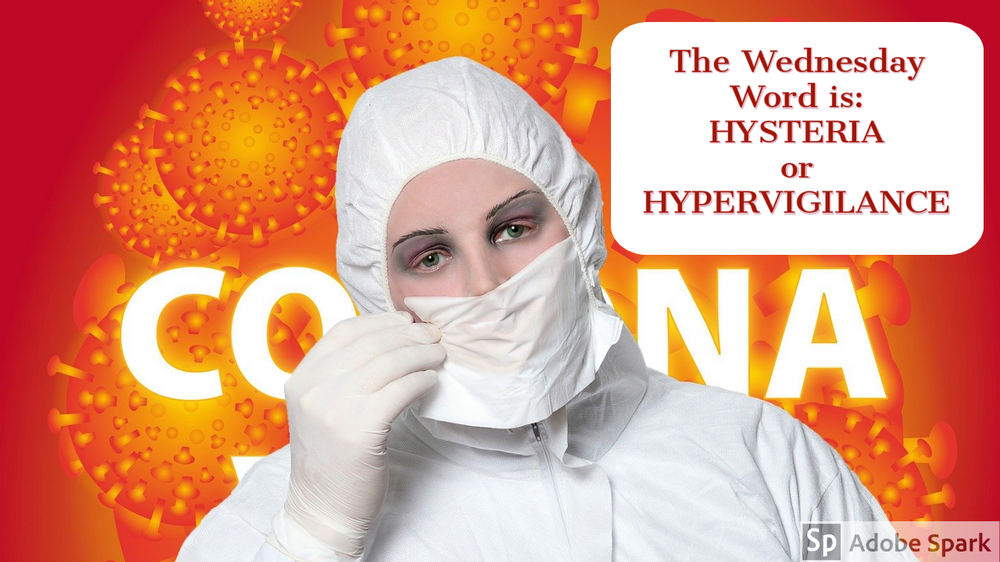 By now, the word coronavirus has made it’s way into conversations or at the very least, your newsfeed. Every day there is a new statistic, meme, story to scare us and/or help us find humor amidst the horror. I do understand why the coronavirus is scary. It is the unknown. Know that within my viewpoint I do not take lightly the seriousness nor the lives tragically already lost. However, I think back into history to all the times humans were made to believe something and enacted standards in the name of hypervigilancy, when in fact, hysteria caused unnecessary grief, stress and in some cases, trauma. I’m also aware certain governments are not beneath using people they find dispensable for political gain. Believe it or not, this is a sad reality.

From 1932 to 1972, 600 Black sharecroppers in Alabama were told they qualified for free health care from the U.S. federal government. This was largely a farce. The U.S. government infected a portion of these men with syphilis and made them unknowing human Guinea pigs. The CDC reports show these men were told they were being treated for blood disorders, experimented on, etc. – the Tuskegee Study was one of the biggest violations of ethics in U.S. medical history.

In 1984, a 13 year old hemophiliac was given a blood transfusion, something standard protocol for his ailment. It was during one said transfusion in 1984 he contracted HIV and subsequently, AIDS. Before passing away in 1990, Ryan White and his family were plagued by the downfall of hysteria of the unknown. The little they did know caused a vicious cycle of global panic. This family, enduring this disease and dying of their loved one, and endured such viciousness and vile hatred. People made death threats against this boy and his family in the name of an illness he could not have prevented. Amidst all this were political shifts and the Exxon Valdez crisis. One can wonder if the call for hypervigilance was to deflect the hysteria of lack of action amidst crisis.

SARS was introduced to the U.S. in 2003. According to the CDC, “March 24: CDC laboratory analysis suggests a new coronavirus may be the cause of SARS. In the United States, 39 suspect cases (to date) had been identified. Of those cases, 32 of 39 had traveled to countries were SARS was reported.” So, this hysteria of the “unknown” coronavirus is a farce. They’ve been working on protocols for 17 years. What else was going on in March 2003? We were headed for heightened combat with Iraq and preparing to drop a bomb on Baghdad.

Ebola came on the scene in 2014 to 2016, when the U.S. was at the peak of fighting ISIS. And no matter if it’s Zika (2015- peak of gun violence), H1N1 (2009 – first Black US. President), MERS (2014- Ukraine/Crimea), whatever and regardless if government if trying to distract our attention from something bigger, or not, one thing is certain: We cannot control EVERYTHING!

We can stock up on toilet paper and hand sanitizer and sadly, die in our homes from a tragic carbon monoxide poisoning incident. We can check the mailbox and be met an unfortunate accident by a distracted driver. And if history is repeating itself, it may just be a not-so-new disease and a new spin to dejecting another race or subset of humans. Do your best to live as healthfully as possible. Don’t give in to all the hype. Breathe. Relax. We will be ok. We are ok.

I am not worried and if anyone should be, it’s me. I am among the group who could potentially be at risk. Having an autoimmune disease puts you in this category, and having two or three leaves you more susceptible than most. I’m not panicked, hysterical or hypervigilant, any more than I need to be in daily life. My philosophy is this: sadly, we are all going to die from something and there is not a damn thing any of us can do to stop that day when our expiration date is here.

Life is not guaranteed. We can be vigilant in handwashing and not shaking hands and yet, somehow still get sick. Quite possibly, the stress of worry from mass hysteria is a bigger threat to you than the coronavirus itself. Do your due diligence to live as healthfully as you can. That is all you can do. No amount of vaccines, Lysol, Purell, or Charmain are going to ensure your wellness. If history tells us anything, our government cannot ensure our wellness, either. Make good choices for yourself daily, and just live. Live each moment, mindfully and with good intentions. You’ll be better for it, in the long and short run.